It’s been one week on the road, and I’m really settling in. The beginning of this trip was inherently going to be less experiential. While it included places that I wanted to see, they weren’t places that I had planned the trip for. Every place I’ve been thus far has had its good and bad qualities, but no one place has stood out to me either. I’m a big believer in my gut feeling, and it hasn’t spoken up yet. But I’d like to share my experiences, both for people looking to follow along, and as a more in-depth recounting than my daily journal provides.

I left Louisville last Tuesday morning. It was mostly a relaxing trip to Chicago, and I was able to let it sink in a bit that I was actually beginning this journey. But when I got to Chicago, I made my way downtown and got overwhelmed pretty quickly. I hadn’t really been in a city like that for much of my life, and I got turned around a few times. Eventually, I headed for the suburbs, frustrated and flustered.

Once on the outskirts of the city, things didn’t get a lot better. The traffic seemed to be bad anywhere I went, and eventually, I ended up at a Starbucks seeking refuge. I sat there, catching up on some reading and emails, trying to plan my next move. Eventually, it was well past rush hour, and I grabbed dinner and found someplace to settle in for the night. Day one did not go how I had planned, but I was ready to reset the next day.

I didn’t get a whole lot of sleep the first night, mostly because I wanted to give myself plenty of time to get downtown. That ended up being a great decision, as I found a parking garage close to Millennium Park that was, by comparison, a cheaper option. And as one does when you visit Chicago, I got a few pictures of The Bean. 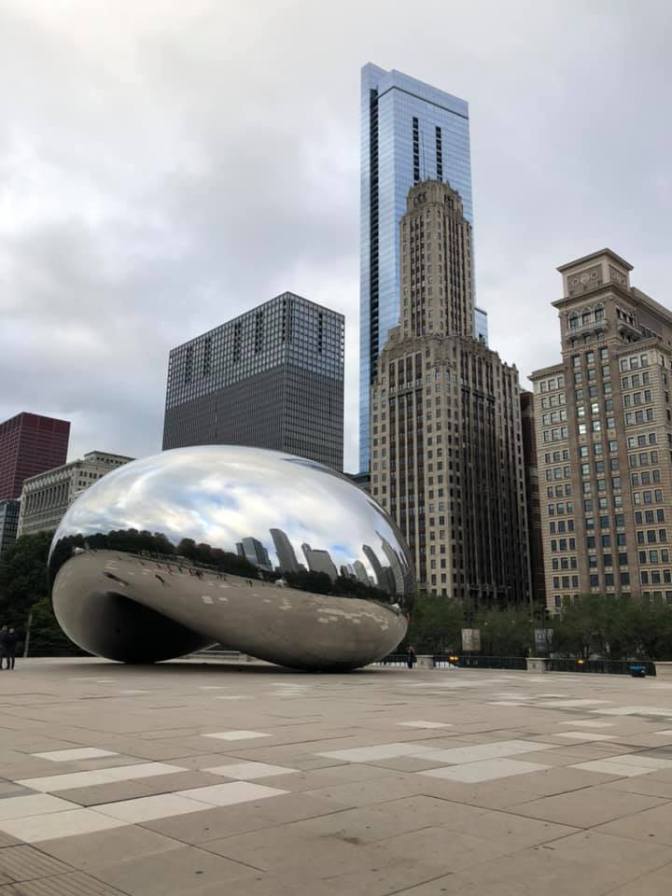 I had no idea, however, that The Bean’s proper name is Cloud Gate. It was created by Indian-born British artist Anish Kapoor. Despite it being a very touristy thing to do in Chicago, it was still neat to see in person.

I headed through Millennium Park and went down to the waters of Lake Michigan. It was a very overcast day, but I was really enjoying seeing so many things that were so drastically different from my regular routine. 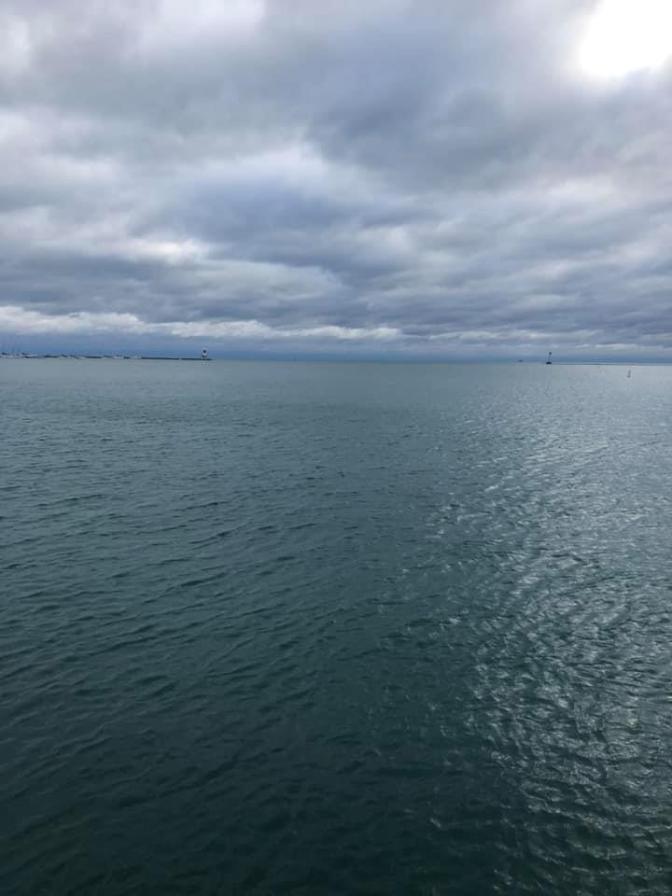 After coming back toward to park, I headed down to the Chicago Riverwalk. Unfortunately, on a cold, overcast day, the Riverwalk merely echoed of the party that surely ensues on summer nights. After making the rounds here, I went back to the parking garage and decided I needed to be a tourist one more time. I was ready for a Chicago deep-dish pizza.

Now, being that I was on my own and it was lunchtime, I didn’t truly get the full experience. But one of the highest-rated pizza places in the city, Pequod’s, had a great lunch deal. Five bucks for a 7” cheese pizza. I was all over it. Pequod’s was a tiny dive bar-ish parlor, so I knew the pizza would be great. And it didn’t disappoint. The crust is caramelized with cheese and made for a unique way to round out my time in Chicago. 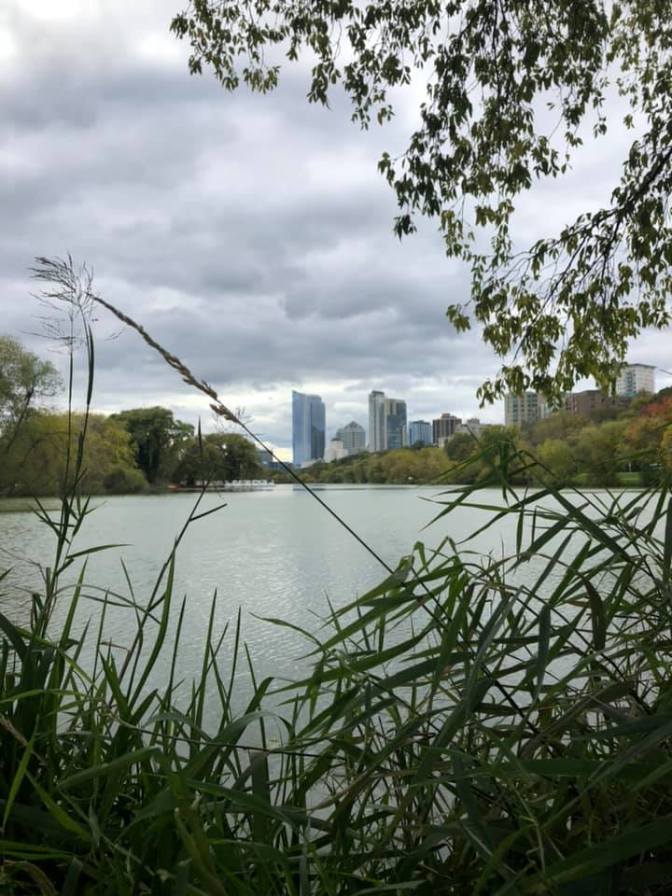 After lunch, I was headed for Milwaukee. Only a couple hours away, I trekked north to see what else I could discover. I landed in a park on the shore of Lake Michigan and found one of the coolest coffee shops I’ve been in.

There were several Collectivo Coffee shops spread out through Chicago and Milwaukee, but this one was located in an older building with tons of character. The patio space was also uniquely decorated, and the coffee was great, as well. But I wasn’t done. 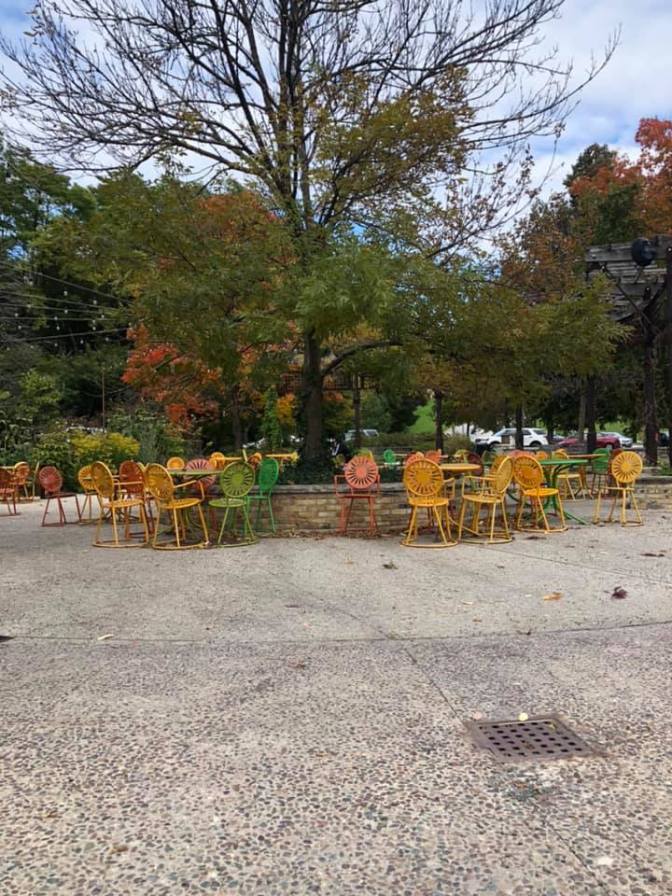 My next stop was to Lakefront Brewery. Having worked at a brewery, I’m always interested in the similarities and differences between where I worked and others. Lakefront had an impressive setup, and their lager was delicious. But the sun was starting to set, and I had one more place to get to.

Minneapolis isn’t exactly close to Milwaukee, but I needed to balance out my driving to get to Denver by Friday. So, I headed west and got in late. A busy day down. 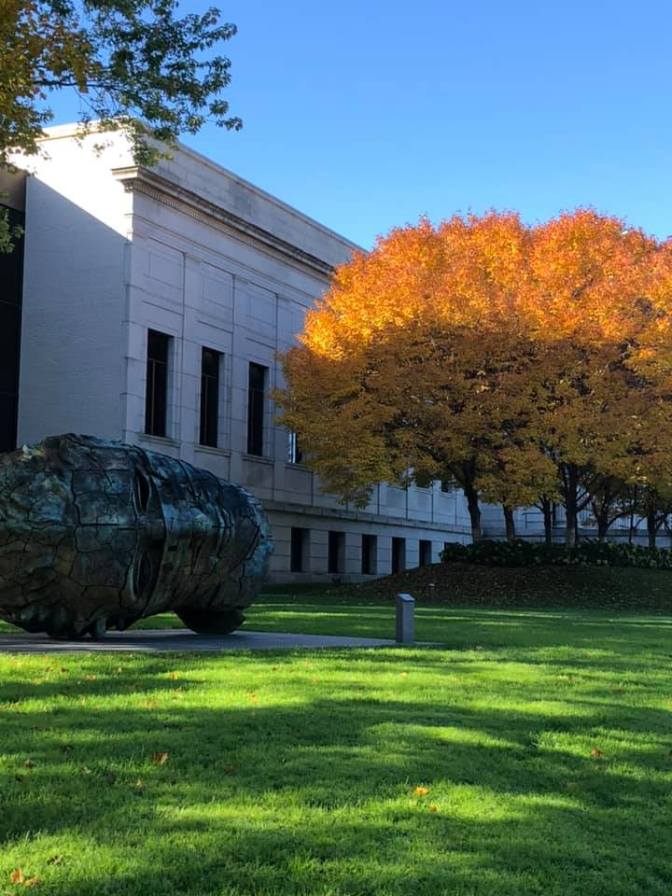 Thursday was fairly straightforward. I went to the Minneapolis Institute of Art that morning, which was an amazing free museum of art from all over the world. After that, I had my long day of driving, going from Minneapolis to Rapid City, South Dakota.

Friday was mostly driving to Denver. Once I met up with my friend and his wife, we spent the weekend trying different restaurants and breweries. We also drove to Rocky Mountain National Park and spent some time in the park exploring. Pictures can’t do it justice.

Yesterday, I headed out of Denver early and made my way through the mountains. I was headed for two small mountain towns in Colorado, Ouray, and Telluride. But first, I got caught in a literal winter wonderland just outside of Glenwood Springs, CO. 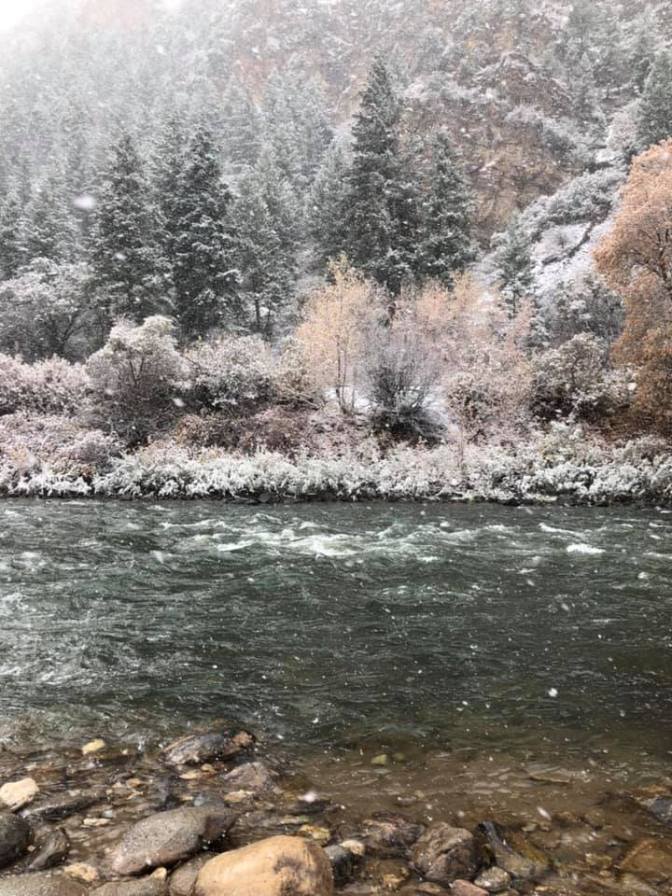 Telluride was interesting but very touristy. I understand, being that it’s ski season and all. But it was a big turnoff for me. I didn’t stay long.

Ouray had a particular draw for me because it was the setting for a novel I want to write. But after visiting, I decided it wasn’t the right fit. I liked the city a lot, though. I stopped in at another brewery, and while the beer was good and the people were amazing, I decided that would be my last alcoholic stop on this trip, and most likely ever. I realized I still have a lot of negative emotions associated with alcohol, and it’s going to be necessary for me to continue to grow to cut those ties to my past.

I would say that’s the biggest takeaway for me early on in this trip, really. I saw myself falling into old, submissive patterns instead of being the elevated, in-control person I have become. The past may have shaped me, but I can be grateful for the experience while also not wanting to revisit it.

I’m committing myself to continue my growth and embracing the real beginning of this trip. As much as I’ve learned about myself in the last few years, I know I have a lot more to learn, and I can only do that by moving forward and leaving the past firmly in my rearview mirror. That journey begins in Utah. 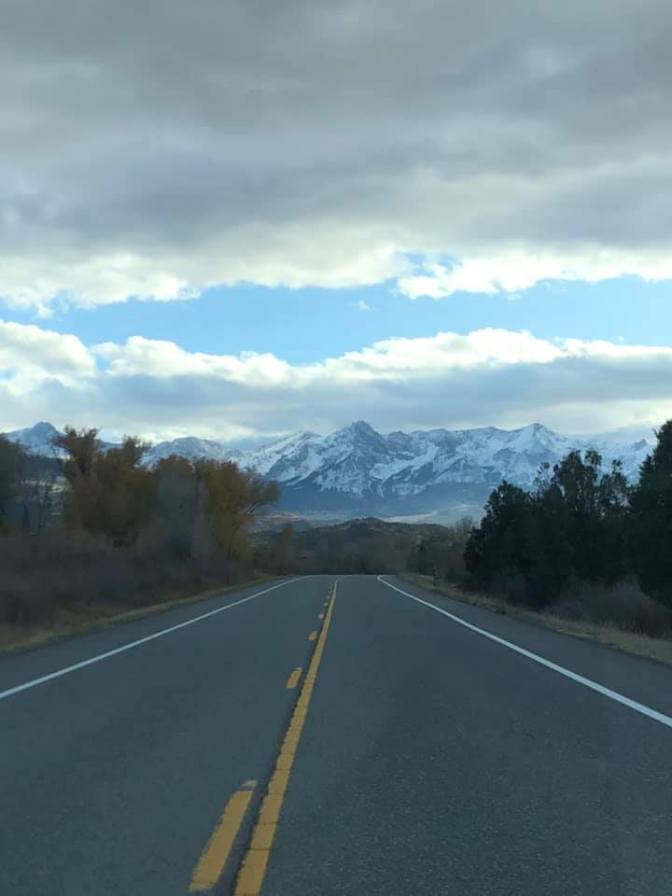 I’ll be trying to make this a daily or every couple of days post going forward, so there won’t be so much crammed into one post. Thanks for reading!

View all posts by Erhöhen